Weather
The average temperature of the city is around 18 ° C with 2,935 hours of sun during the year. The average rainfall every year is around 470 L/m2, which is normal of Mediterranean weather. Here you can notice the difference between the two seasons, one dry season and the other season rainy. Normally the summers are the dry season and the rainy season is winter.
The predominant winds during the autumn and the winter season are easterly winds, normally cold and humid. The winds that come from the Atlantic or the West are also humid but mild. The hottest are the winds which come from Africa or the peninsula, recently known as dust clouds, dry and hot wind cause the increase to the highest temperatures during the summer, although there is another dust cloud in the winter, dry too but cold. 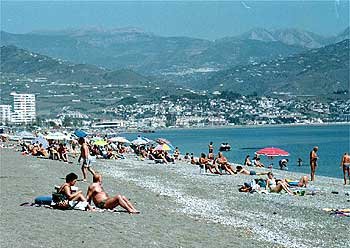