Fortress:
The early history of velez malaga are referred to his castle, with its core, the neighborhood of the town, an old medieval medina, in the foot of the castle. Is located in the northeast sector of the centre Historic, on a hill about 133 m. above the sea, topography, which is the highest point of the city and the most prominent feature of the entire cityscape. An ideal place to fulfill its role of military and last stronghold for the population in case of attack monitoring enclave.
This castle was built in the ninth century at the time of the Caliphate of Cordoba; It could be a military establishment created by the emirate of Cordoba to control the Mozarabic communities that dominated the mountains of Malaga and the Sierra de Bentomiz. But the first occupations of this strategic location can be traced back to the Final Neolithic, and from this time a permanent settlement that will last throughout the period Chalcolithic Bronze Age-plenary, Bronze Final, moments when it comes to document will remain the Phoenician pottery input from contact with the colonies on the coast of Vélez, and the Iberian Old, at the place will be abandoned, to return to be occupied centuries later during the medieval period. 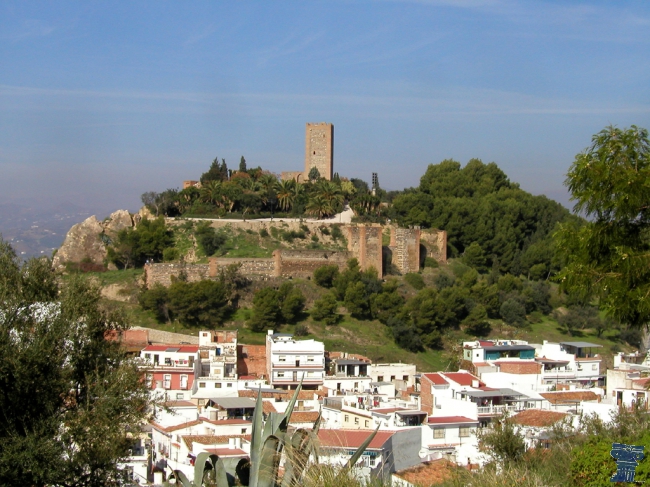 Passage of the Catholic kings by Vélez-Málaga
::

This shield represents the only actionweapons that King Fernando had duringthe war of Granada, which occurred during the Siege ofVélez-Málaga in April 1487, and was an honorveleño Consistory claimed that the KingsCatholic and was granted by RoyalProvision Granada dated September 14 1499, a fact which distinguish it from the othercities of the kingdom.The scene reflected in the shield is where he died the boy called spurs Nuño Eagle.

The importance of velez-malaga in the middle ages
::

Between the thirteenth and fifteenth century, Vélez-Málaga was one of the most important cities in the United Nazari Granada.The population growth experienced by the city in this period would result in overflow fortified area and the emergence of slums in areas what are now the district of San Sebastián Arroyo and Bird area, at the foot of Cerro de los Remedios. Around the medina, in addition, there were a number of farmhouses that are the source of nuclei Almayate, Cajiz Benajarafe and others.
Torre del Mar, meanwhile, was ceded to Ruiz López de Toledo, who rejected the offer and donated, in turn, to the town of Vélez-Málaga, which also received tahas Bentomiz and Frigiliana and subsequently Zalia . Like many other cities of the ancient Kingdom of Granada, Vélez-Málaga was endowed with certain privileges. In the fiscal area was free of alocabalas commodities for food, clothing and housing. 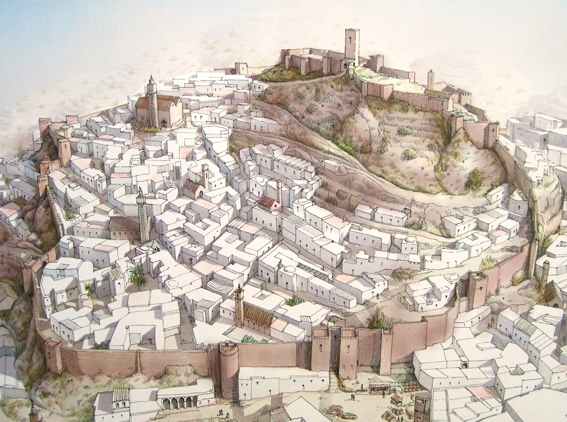