Demography
In 2010 there were more than 75,000 people; it was the fourth biggest city in the province after Malaga City, Marbella and Mijas. In general, the demographic increase has been very big in the last ten years. The population is composed of people who come from different parts of la Axarquia. There is a notable Gypsy population concentrated in the town of La Villa. Torre del Mar is within Velez and is a very important coastal village.

Foreigners without Spanish nationality according to 2008 data were 8,923. Of these, the largest group is from Romania, which accounts for about 13% of the total number of foreigners. Here is also a small Chinese community, dedicated to restaurants and shops; people from Muslims countries, mostly from Morocco. 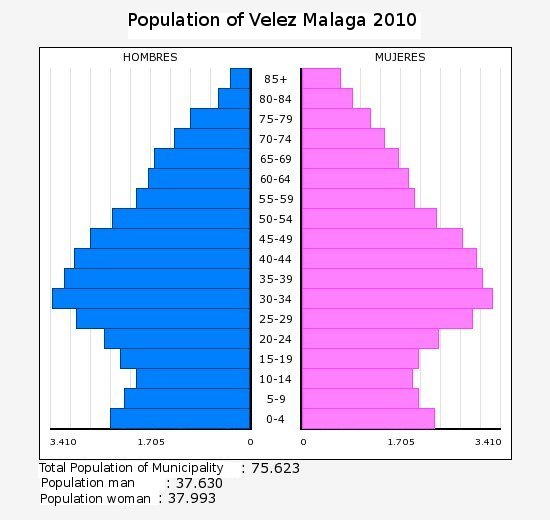