COMENIUS BEITA PROJECT : Fourth Mobility, Spain 2013
Thursday 17 January 2013: Seventeen boys and girls from the Lycée Georges Brassens in Paris arrived in Vélez Málaga with two of their teachers, Nathalie and Ana. All of them stayed with host families in the Vélez area. 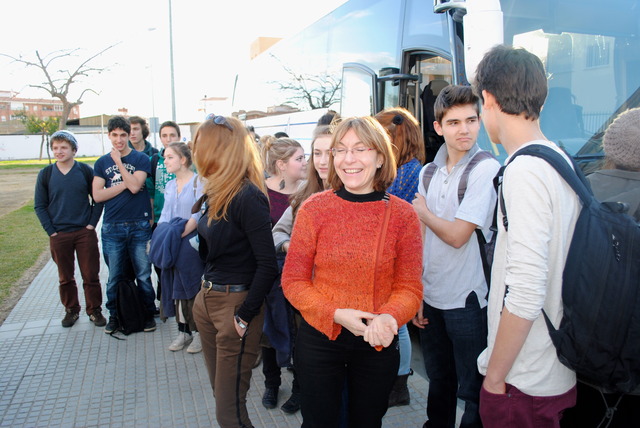 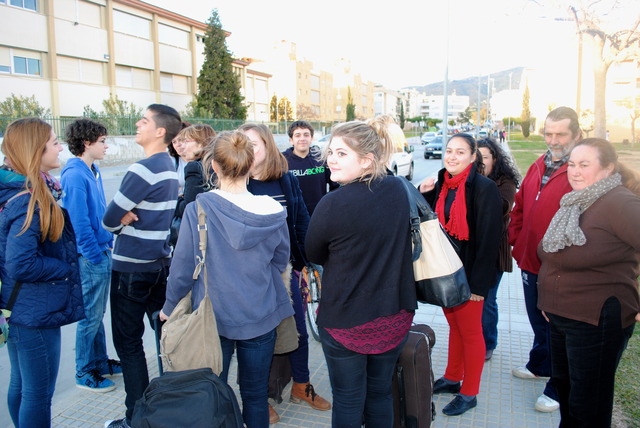 Friday 18 January: The French group went to Córdoba for the day, accompanied by one of the Spanish History teachers, Federico, who explained everything to them. 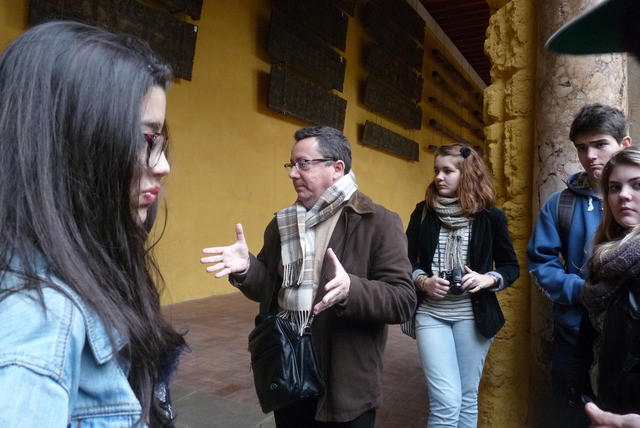 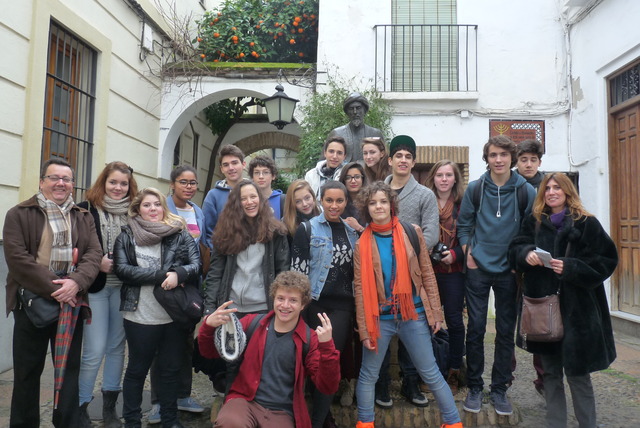 Saturday 19 January: The French students spent the weekend with their host families, getting to know the area and what life in a Spanish family is like. 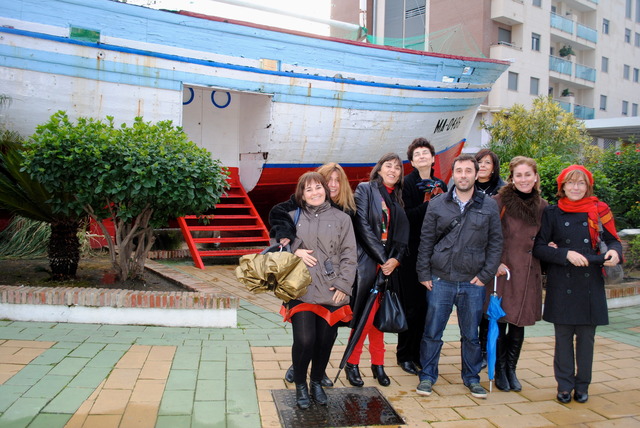 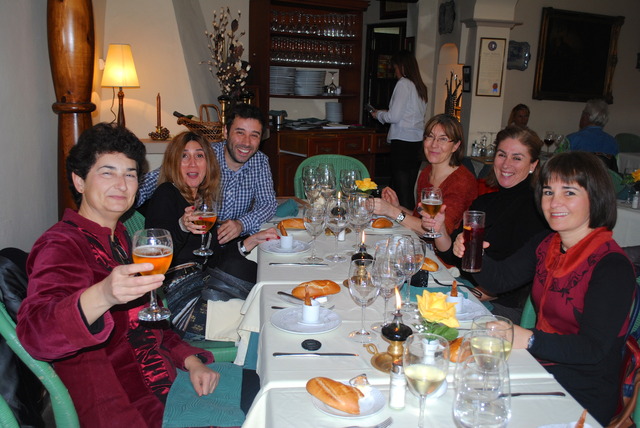 Sunday 20 January 2013: Our visitors from Turkey and Italy arrived. Most of them stayed with host families, but the teachers (Cansu, Halit and Ahmed from Turkey and Caterina and Domenico from Italy)
and four Italian students stayed in local hotels. In the afternoon (after a brief rest, because they had had to get up very early and catch a bus at 3 a.m.!) the Italians went into Málaga
with some of the Spanish students. They visited the Picasso museum and had a look round the centre of the city. 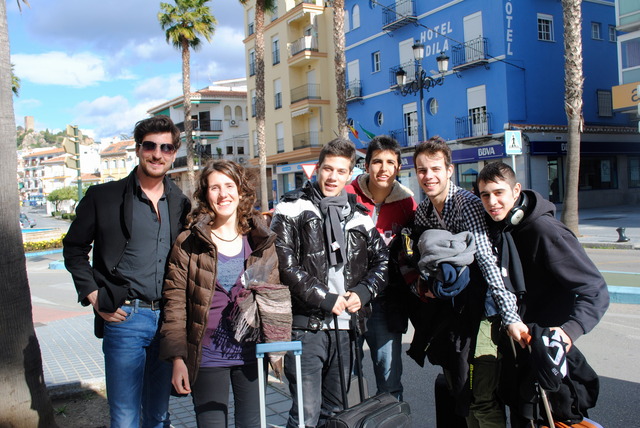 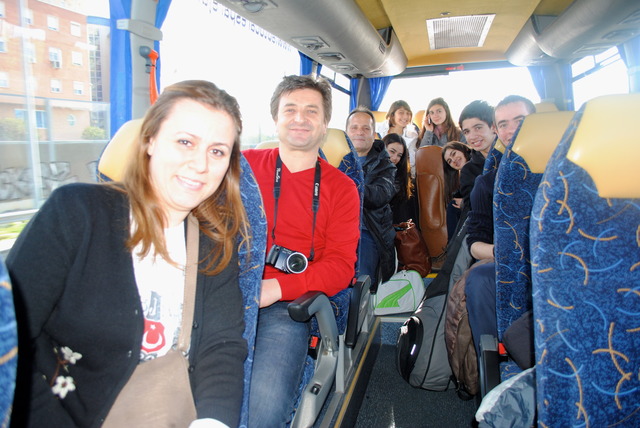 Monday 21 January: Everybody met at our school, IES Almenara at 8:30 a.m. We watched a presentation about our school as well as about the achievements and aims of the BEITA project. 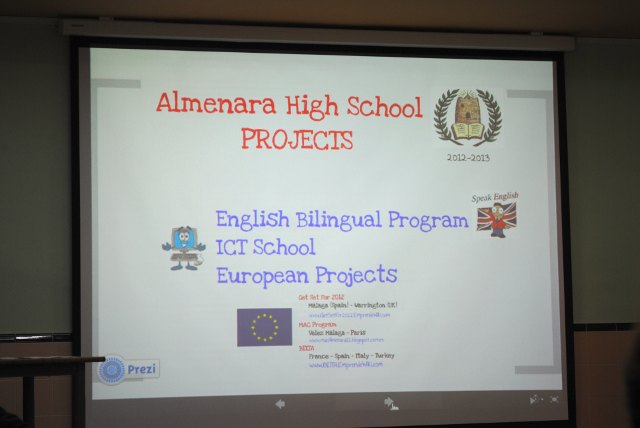 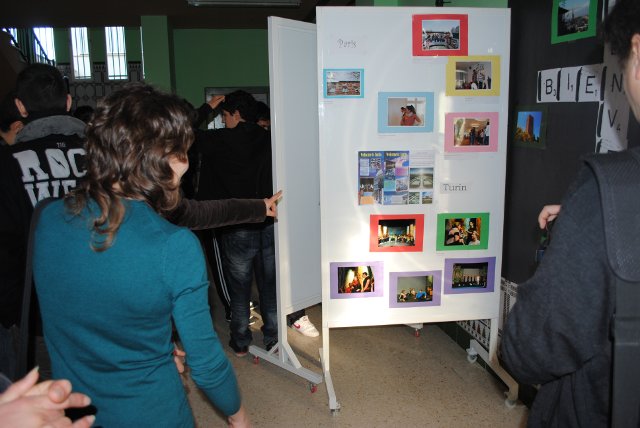 Then, everybody enjoyed a traditional breakfast of hot chocolate and churros. 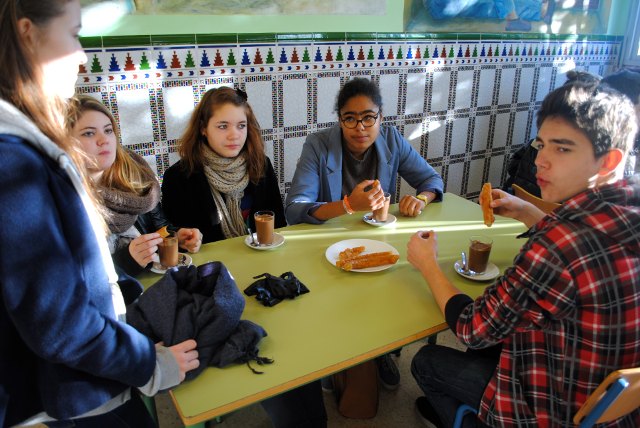 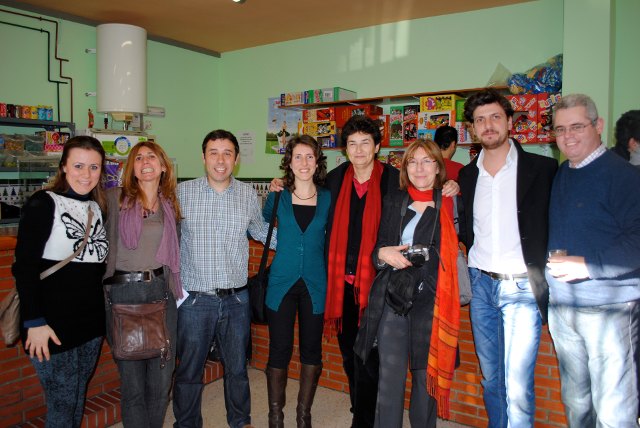 After two hours in classes preparing the interviews with local artists on Wednesday, everybody came together again to rehearse the BEITA song. 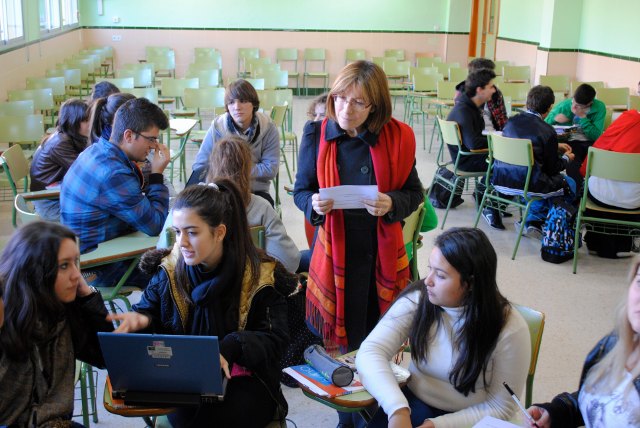 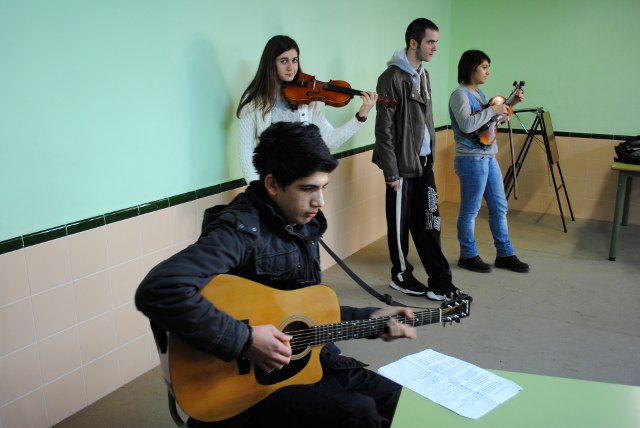 The song had been written by students in France and Spain, with music composed by the Turkish students.We all sang it together and the Italians taught us the choreography which they had prepared for the chorus. 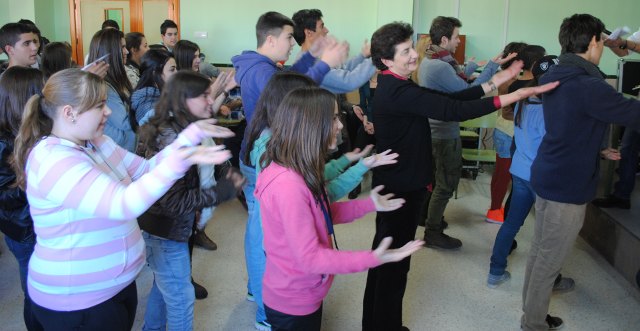 When school finished at 3 p.m., the Turkish, French and Italian students went home with their hosts, while a group of teachers went out for lunch together to show our visitors what the local cuisine is like, especially the fish. 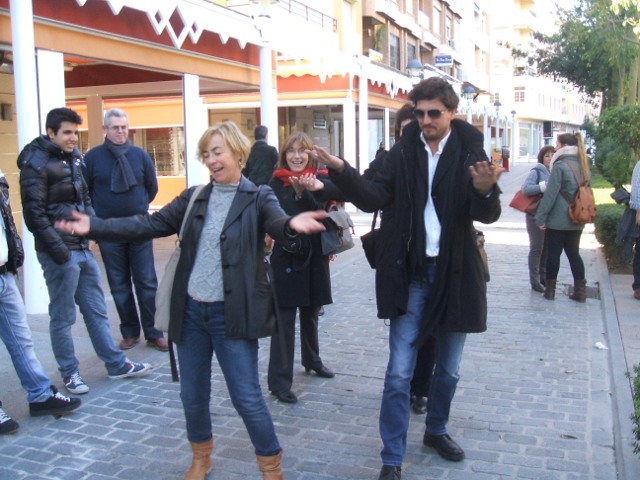 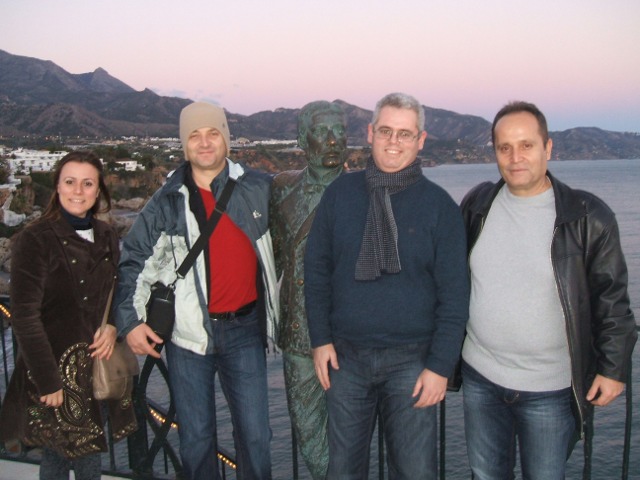 Tuesday 22 January: All of our visitors, accompanied by Jennifer and Federico, went to Granada by bus to visit the Alhambra. It was beautiful, as always, but the weather was terrible. It was cold and rained almost non-stop all day!

Wednesday 23 January: This was a very busy day. First, we battled against a cold wind on a beautifully clear, sunny day, to go up to the church on top of a hill overlooking Vélez-Málaga.
There we met Evaristo Guerra, a local artist, who has decorated inner walls of the church with wonderful murals that portray the surrounding countryside and its people. He won a national prize for this work.
He very kindly answered the students' questions and explained everything to us. It was a real privilege. 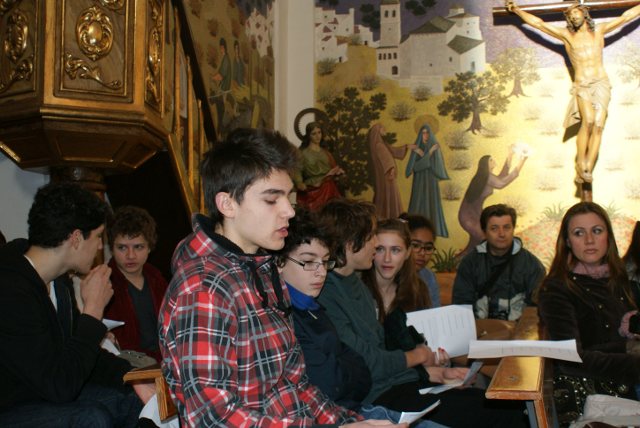 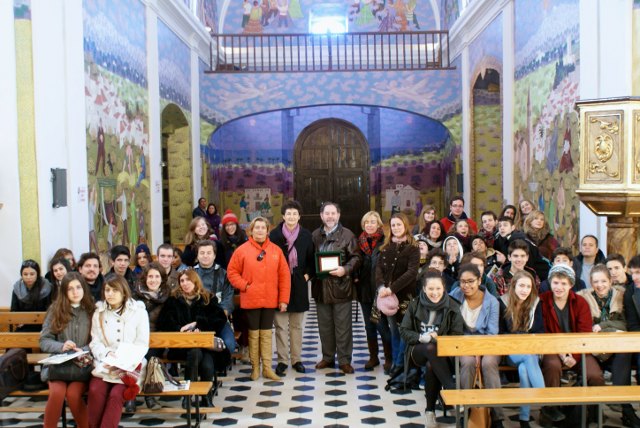 Back at school, another local artist, the flamenco dancer Antonio Guerra, conducted a dance workshop for the students and teachers involved in BEITA.
He taught them a flamenco routine to perform at the farewell party that evening and then answered their questions about his work. 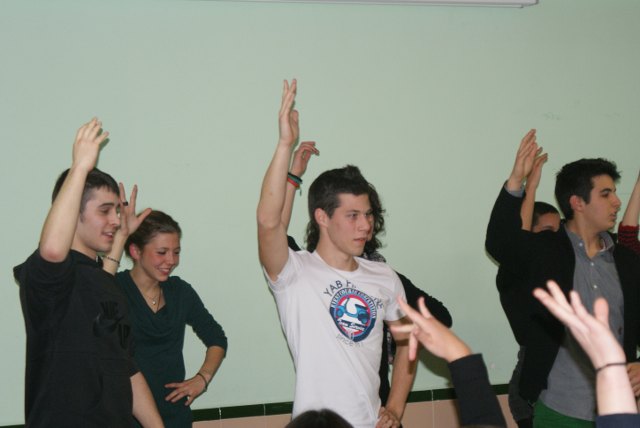 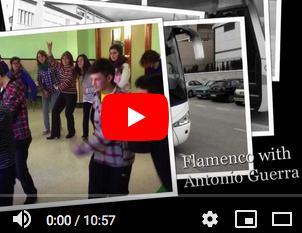 Flamenco
In the afternoon, one of our teachers, Miguel íngel, accompanied the Turkish group into Málaga so that they, too, visit the Picasso museum and see a little of the city.

That evening, we all came together again at the school for our farewell concert and party. Turkish students delighted us with some wonderful songs accompanying themselves on their instruments. 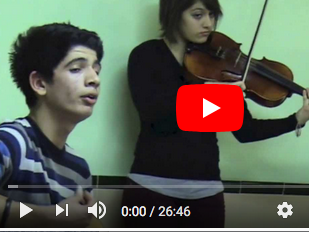 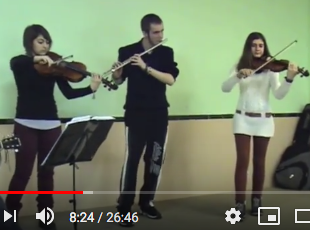 Turkish students songs-A + Turkish students songs-B
The songs were in Turkish, Italian and Spanish, so when we knew the words we all joined in. It was great.
Then we performed the BEITA song and dance before enjoying a performance of flamenco dancing by Antonio Guerra and some members of his dance group. 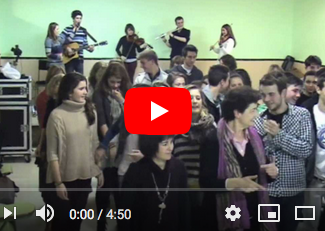 BEITA song
It was a great concert, which was followed by drinks and snacks. We all had a wonderful time, thanks to Araceli, who had arranged it all! 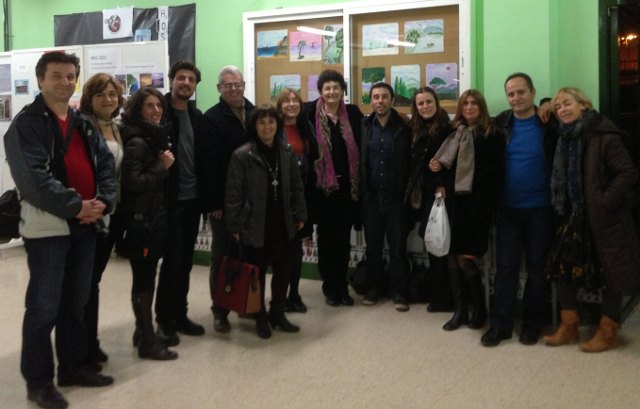 Thursday 24 January: But all good things come to an end, and on Thursday morning we had to say goodbye to our friends, who flew back home to Turkey, Italy and France. 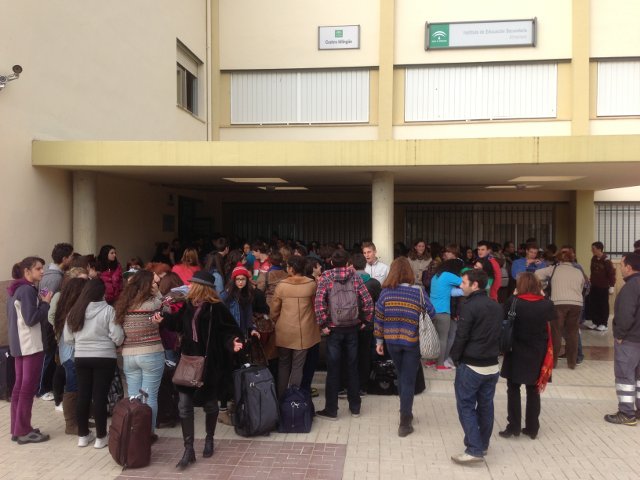 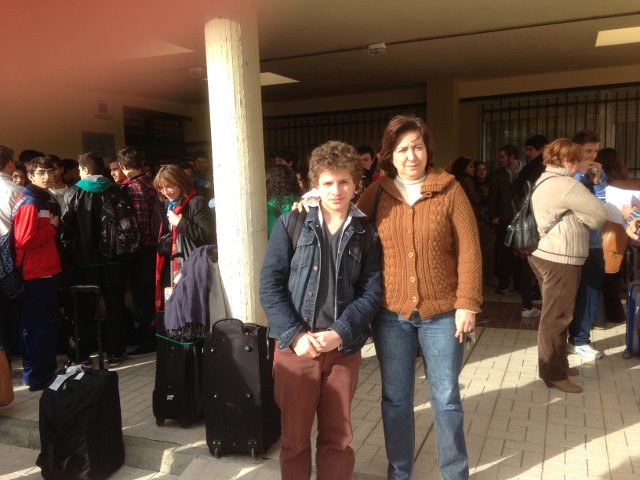 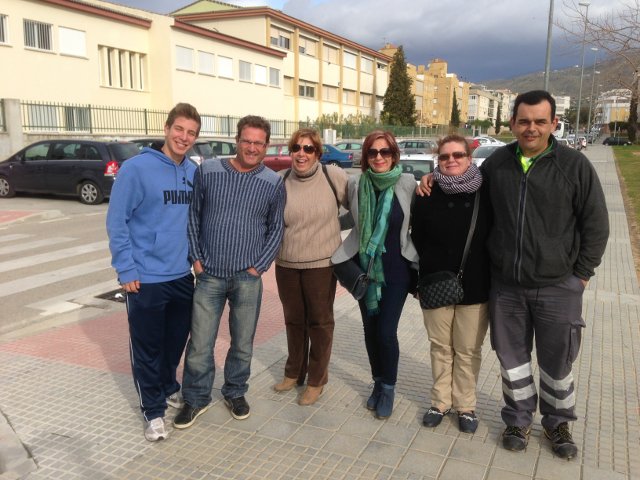