The ancient Torre del Mar sugar factory steam engine. Managed by the Larios family, the factory employed more than 300 workers. The 19th century began with an epidemic of yellow fever that killed more than 60 percent of the population in 1804 and because of which, the military took over the municipal government. The Napoleonic invasion divided the population into two factions who would object against another during almost the rest of the century. Then followed several epidemics of cholera and periods of drought. In the second half of the century there was a brief economic resurgence, but phylloxera plague ruined vineyards. In addition, 1884 earthquake ravaged the area, which would only begin to recover economically with the expansion of the cultivation of sugar cane despite calamities occuring in this century, the city experienced a large urban growth, expanding areas of Green Cross, rides in Andalusia and cockpit, the Hill and the cross of the lamb. In the year 1842, Torre del Mar got its own Town Council, which had already been claimed previously. But the municipal area was too small and the port came under the jurisdiction of Vélez, by which six years later, in 1848, returning to the parent municipality, as recorded in the archives of the Council. At the beginning of the 20th century becomes railroad to Torre del Mar and then to Velez - Malaga, leaving both with the provincial capital by the suburban railways of Malaga. With the outbreak of the Spanish Civil war and the establishment of the subsequent Franco regime, there were big calamities in the municipality, being especially noticeable the occurred during the massive evacuation of the civilian population from Malaga towards to Almeria, in the so-called massacre of Málaga - Almerí­a road. From the 1960's the municipality was incorporated into the tourist boom, which radically transformed the town of Torre del Mar with the construction of large apartment blocks. 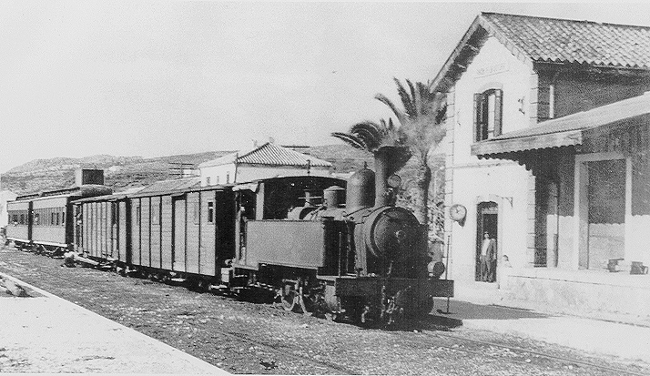